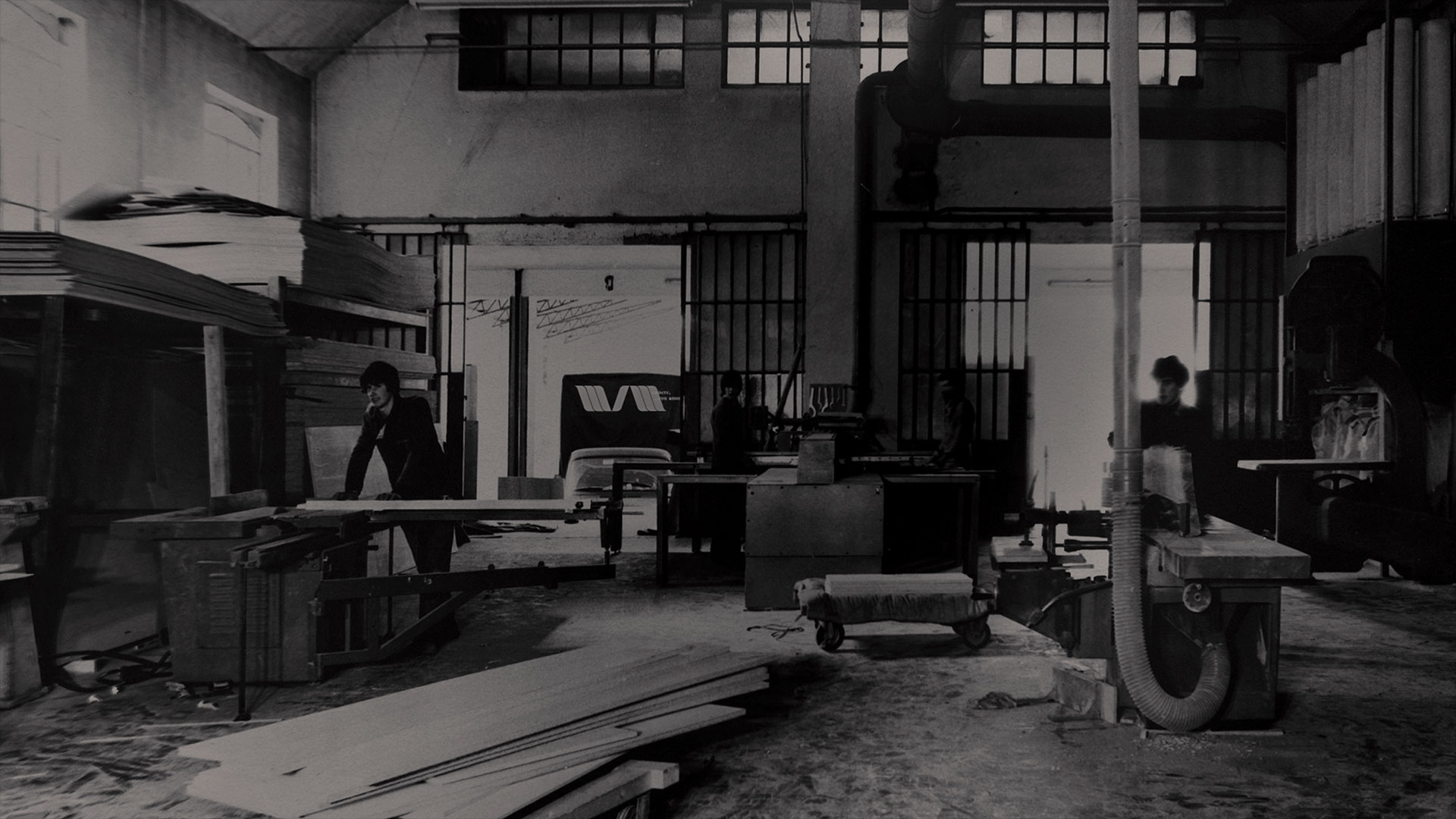 1968, is the beginning of a great adventure, a new challenge that will lead to important goals. Discover the main dates and milestones that have led the Homes Group to be what it represents today.

Marcello Dalla Betta is the man who at the end of the ’60s conceived and believed in the project that has now become Gruppo Homes. His vision has remained unchanged in substance, embracing craftsmanship values to create an important industry, exploit investments in research and development and provide quality to an increasingly vast number of consumers. 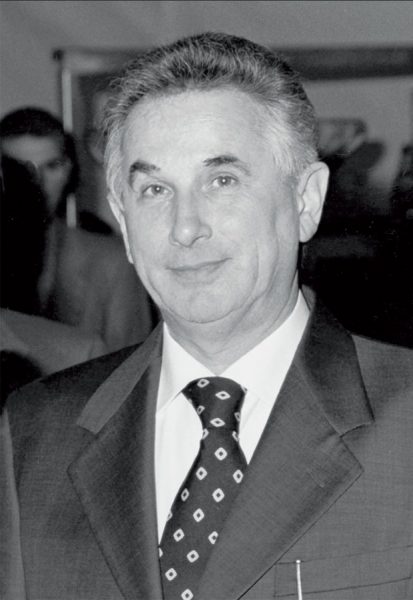 Riding the wave of the time and counting on know-how and experience acquired over the years, in 1968 he founded Mobilificio SanMichele, which he managed responsibly and tenaciously until 17 February 2003, when a fatal illness took him from his family and his beloved company. 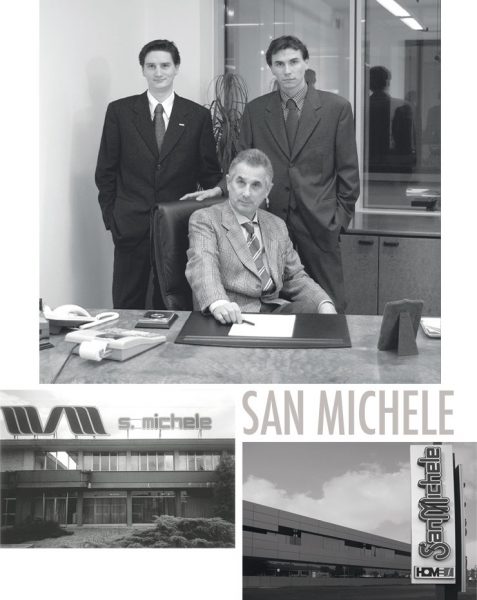 In 1984 Mobilificio Rusalen at Falzè di Piave in the province of Treviso, was purchased and in mid 1987 became the first production facility owned by Mistral S.p.a., which stands on a covered area of 7,500 Sq.m. Production is aimed at programmes of modern, coordinating furniture at affordable prices, for the medium-low end of the market. The new industry flanked Mobilificio SanMichele, involving new sales areas and responding ever more effectively to market demand. 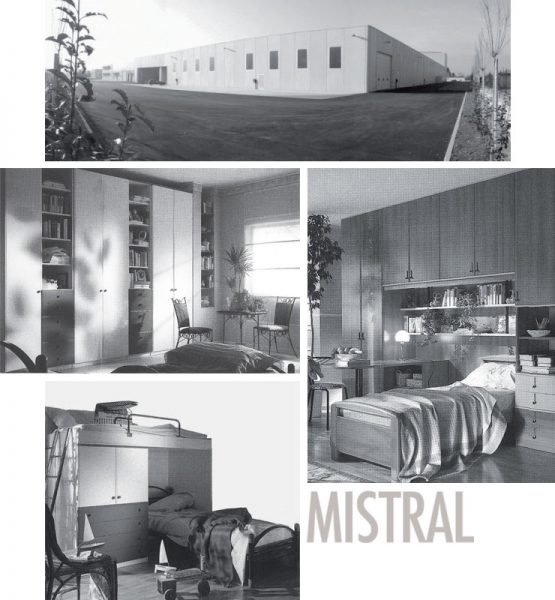 The establishment of Clever, design bedrooms for children and teenagers.

In 1992 the natural evolution of our products for junior bedrooms made it necessary to extend our production facilities in order to produce a load-bearing panel programme for a medium-high target. For the purpose Clever S.p.a. was established in the existing facilities of the former Gallonetto at Pieve di Soligo, extended to a covered area of 12,000 Sq.m. 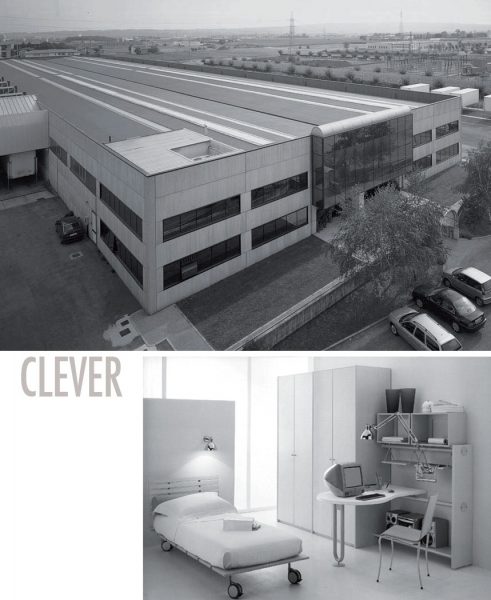 Mistral officially opened its new production facilities, in operation since June 1997. The ribbon was cut in the presence of the local authorities, workers and friends: a happy occasion with dinner, music and entertainment. The covered area is 28,000 Sq.m., equipped with the most sophisticated, modern machinery and robotised production lines, employing 115 people. The purpose of the investment was to double production volume and cut operating costs. This led to an ambitious project designed to specialise our production facilities, dedicating this unit to the initial machining of melamine panels, which also served the other brands in the Group.

The same year, great celebrations for the 30th anniversary of the Mobilificio SanMichele. 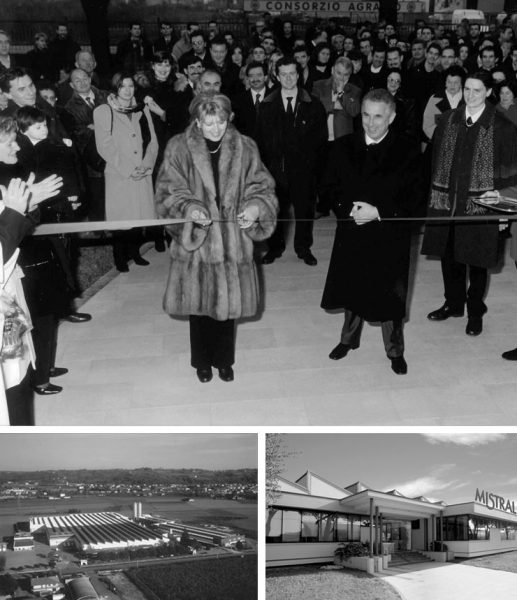 In 1999 Orme was established as a natural evolution of bedroom furniture to meet the demands of a market increasingly orientated to modern taste. The brand is established at Falzè di Piave in the former Mistral facilities whose production area was extended to 16,000 Sq.m. The old production lines were completely removed and replaced with a sophisticated integrated, fully automatic production process covering drilling of the panels through to storage and dispatch. 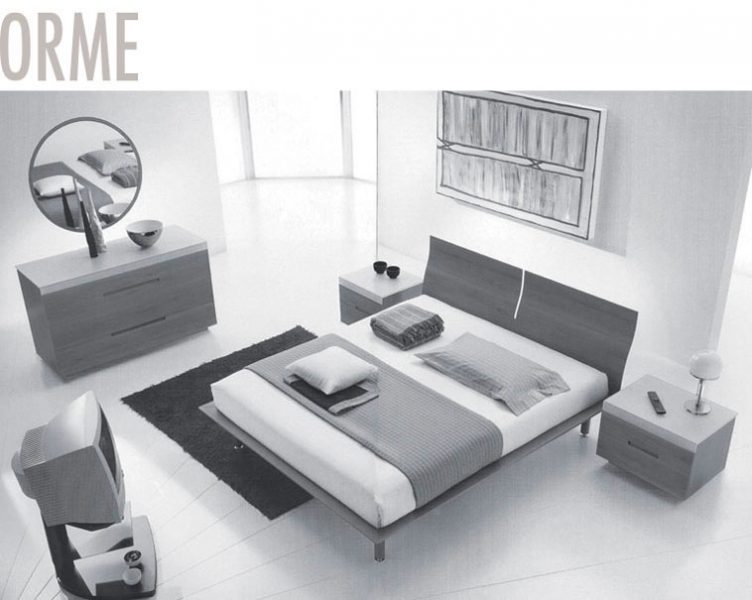 SanMichele expands its production area by building a new factory in the industrial area of Pieve di Soligo, for a covered area of 12,000 sqm.

In September 2004 Homes Industrie acquired the NardiInterni brand and plant, a leading company in the production of furniture for boys and wardrobes since 1964, a reality with a craftsman’s vocation. With this operation Homes Industrie expands its market offer in the bedroom sector on all price ranges. 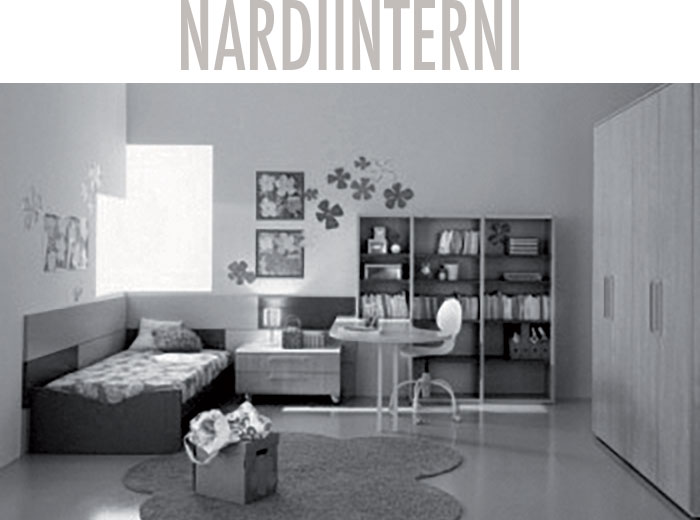 The Homes Contract Division is born, a passepartout for high quality hospitality. A natural evolution of the activities of the Homes Group, specialized in offering real turnkey solutions that leave ample room for personalization. 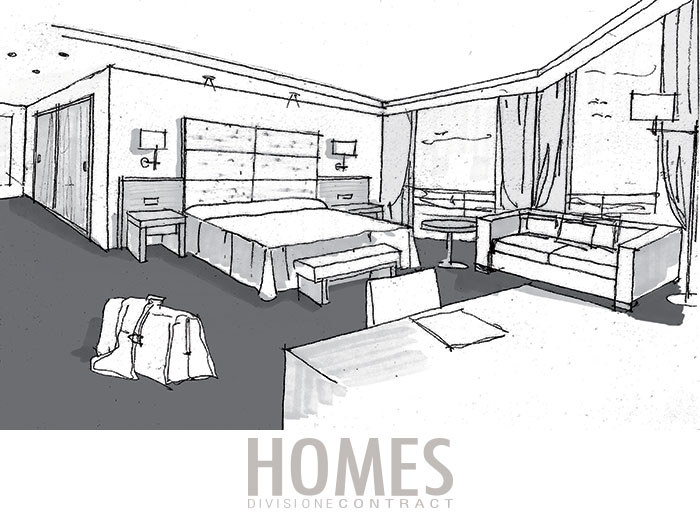 Inauguration of the new Homes business center. The architectural complex of high aesthetic impact, designed by the architect Mario Mazzer, brings together the executive, commercial, technical and administrative offices of the five companies of the group. Over 10,000 square meters of covered area inspired by the philosophy of Feng-shui (living in harmony with the environment) and equipped with the best lighting technology and thermal-acoustic insulation. 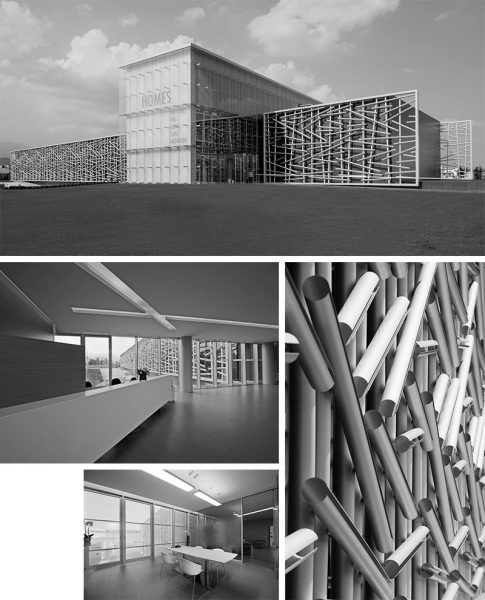 Industrial project and optimization of the manufacturing process.

Starting from values of authenticity, the Homes Group has established companies that have in common the excellence of Made in Italy, in order to cover all the functional areas of the home, office and contract. While maintaining their individuality, each company collaborates for the final result by putting its know-how at the service of an unique system, in a process of well-structured production, managerial and distribution synergies. 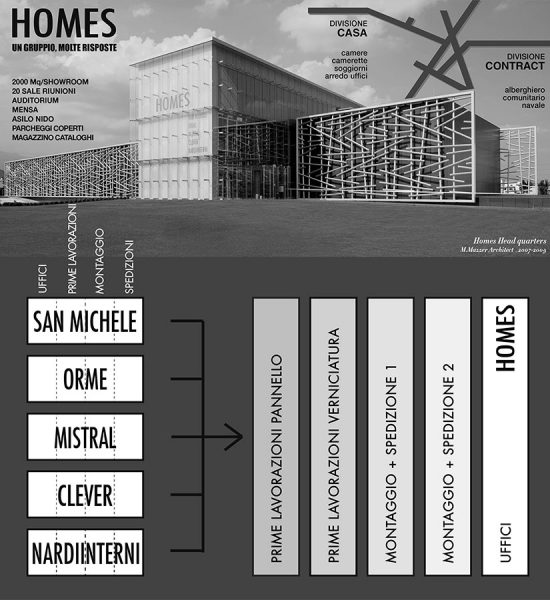 Back to top
To provide the best possible service this site uses cookies. Continuing browsing the site you authorize the use of cookies. OK More information